I put the finishing touches on my first grad school research paper a little after 1:00am on December 20th, sacked out for five hours, worked a full day, and then attended my final class. I arrived home around 9:00pm, stuffed some food into my mouth and some clothes into a suitcase, and hit the road for the twelve-hour drive to Gatlinburg, Tennessee. Needless to say, I was not in great shape by the time we arrived. I spent the first couple of days mentally and physically recovering.

When I came to, I found myself in a lovely house nestled in the Smoky Mountains, surrounded by good friends who’d driven in from Nashville and from Athens, Georgia. There were two wood-burning fireplaces, a pool table, a (kinda) hot tub, and plenty of booze. I was the first person up each morning and spent the earliest hours of my day under a blanket on the couch in front of a picture window. I alternated between indulging in a juicy novel and watching the mountains disappear and reappear though the mist. 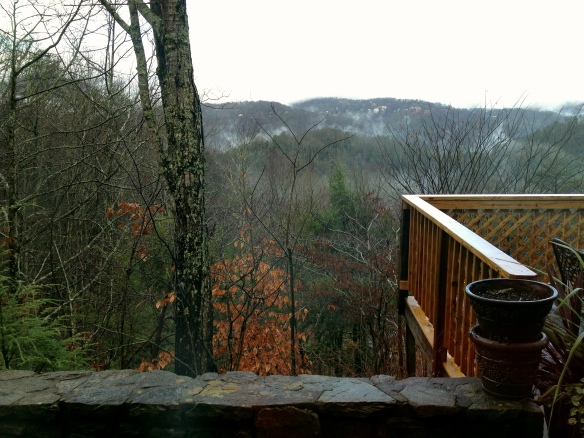 On December 23rd, we hit Dollywood, Dolly Parton’s amusement park in Pigeon Forge. I don’t go in much for heroes, but Dolly certainly is one of mine and I have wanted to visit Dollywood ever since I learned of its existence.

We managed to hit all four of the excellent roller coasters, twice. My favorite was the Wild Eagle, a triumph of engineering in which you are hanging in a seat with nothing above or below. After a delightfully unnerving initial drop, the sensation is one of soaring. Our fear was replaced by a feeling of weightlessness that left us giddy. 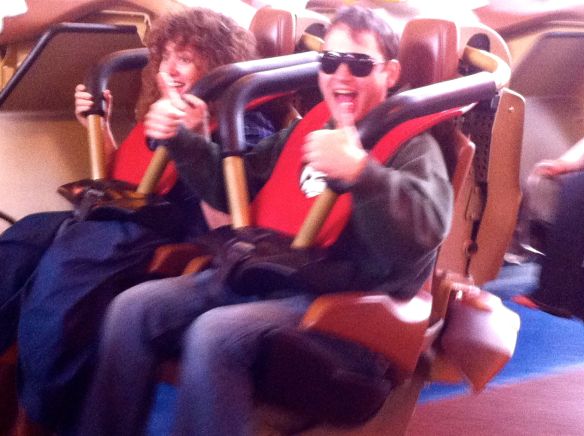 The Chasing Rainbows Museum offered a staggering array of photos of Dolly with celebrities (Grace Jones being my personal favorite), a look back at her childhood and early years in Nashville, and an impressive collection of fan art. 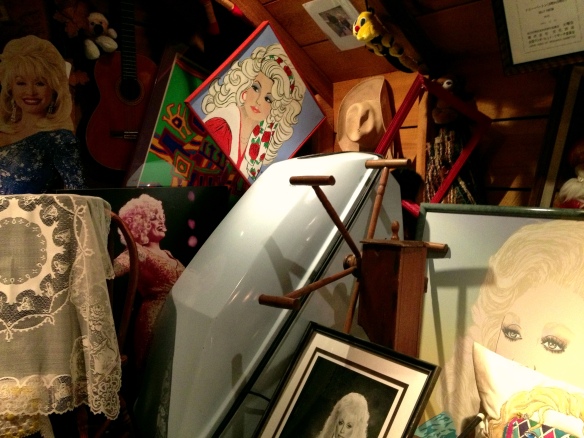 Downstairs were case upon case of clothing from Dolly’s movies and tours. My closet suddenly seems so drab. 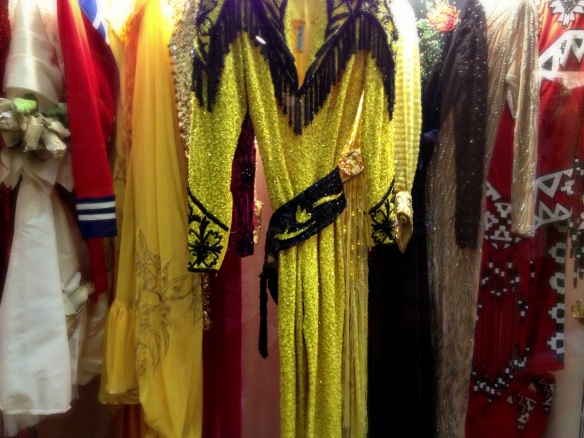 We also got to check out Dolly’s tour bus and one of her (in)famous wigs.

The quirky guy leading the tour got a shot of our whole group. 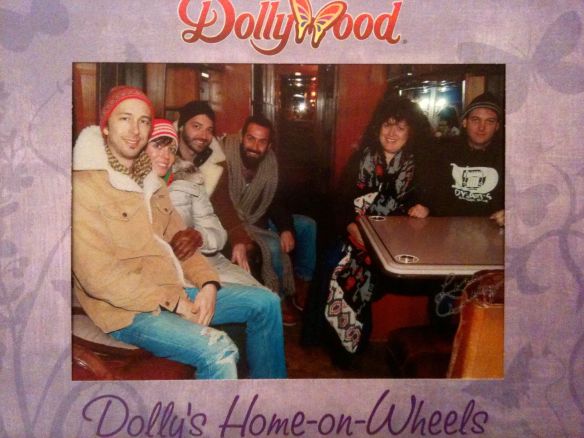 Our day at Dollywood concluded with a Christmas-themed light parade led by a zealous woman with a banjo.

The next day was Christmas Eve, our last night in Gatlinburg. After taking stock of our food reserves, I headed out do some final grocery shopping. (Miraculously, the booze supply had held.) I knew that I wanted to use the dried black-eyed peas that our Nashville friends had brought, so I was thinking Tex-Mex as I walked into the local Food City. But one look at the freestanding cooler full of collard greens and I had a new plan. These greens were glorious–and huge; one bunch would be plenty to feed all six of us. A few aisles later, I stumbled on a shockingly large display of smoked hog jowl. This store and I were clearly on the same wavelength.

The nice young man who checked me out took one look at my cart and said, “You’re a little early, aren’t you?” For those that don’t know, collards and black-eyed peas are both traditional New Year’s foods in the Southern United States. The peas offer luck and the greens symbolize wealth. Black-eyed peas, which are generally served with rice in a dish called Hoppin’ John, came over with West African slaves. Collard greens, which were considered weeds by many plantation owners, were a mainstay of the slave diet. The hog jowl and other less desirable cuts would have been more readily accessible to the slaves. This combination of ingredients is cheap, easy to cook, and can simmer away untended.

My version is a bit fancified, to be sure, but its spirit is true–as its ability to heal after a night of over imbibing.