Alex and I met during our junior year of college when we were both studying in Jerusalem. Inspired by the local bounty, we were just starting to hone our cooking skills and we delighted in exploring food together. In particular, I recall a dinner party in Alex’s dorm room that centered around a canister of Kraft Grated Parmesan that his parents had smuggled into the country. (What can I say? We were young and it tasted like home.) 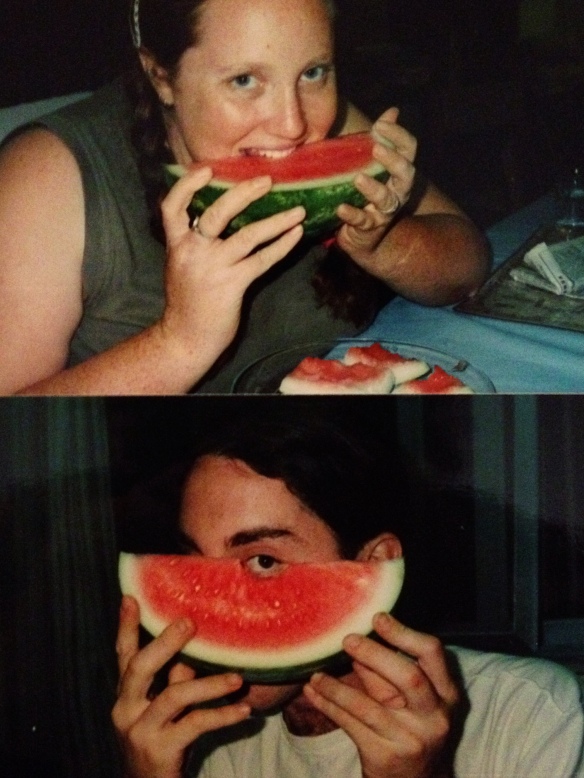 At the end of the semester, we headed back to the States to finish school. Alex returned to Northern California and I to Upstate New York, but we kept in touch. I would visit him in Berkeley, where we would host lavish (by broke twenty something standards) dinner parties and tool around the Marin Hills. Alex would come to New York City for long walks and down and dirty Chinese food. For a few glorious years, Alex moved to Brooklyn, but the Bay Area called him back for a PhD in Urban Planning.

After a stint in Paris, Alex recently began working as a Lecturer in Geography at Leeds University. Somewhere in the eighteen years since we first met, it seems that we became adults. Fretting over the health of his students, Alex asked whether he might contribute a post or two. The recipes that he offers below are as suitable for starving college students in England as they are for an overworked New Yorker who finds herself suddenly pushing 40.

Now that the Drunken Fig is required reading for my first year tutees (the Jewish grandmother in me worries that they aren’t eating well), it seems time to contribute some of my favorite tricks for brilliant eating on the simple. This is a super technique for the harried life, very friendly for finicky children/housemates/lovers. It also makes multiple meals at once or a classy two-course.

So what do I do with my poultry bonanza?

After admitting that I have yet to get over this past weekend’s head cold, I came home early today with comfort food on the brain. Alex’s recipes had been sitting in my email inbox for a couple of weeks and there was a three-pound chicken in my freezer. It took about five minutes to get to this stage. (I added onions, garlic, some wilted carrots and a couple of bay leaves.) 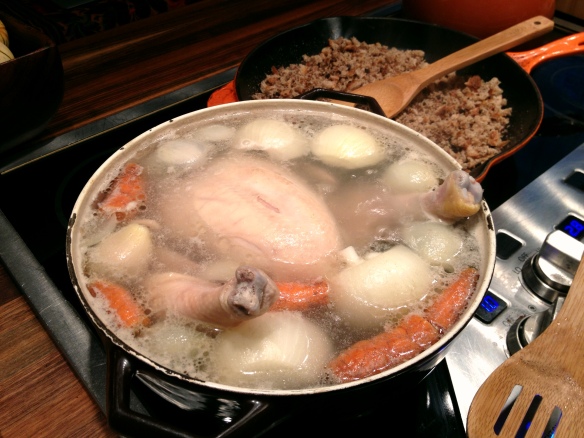 An hour later (though, in hindsight, 45 minutes would have been sufficient), I was shredding the meat. I threw the bones and skin back in to simmer while I did some work. After another half hour, I strained the broth, put it back on the heat, and added turnips, shredded collard greens, carrots, dried porcini mushrooms, pearled barley, red pepper flakes, salt and pepper. Half an hour later, I mixed in some of the shredded meat and dinner was served.

Thanks, Alex, for taking care of me across the many miles. 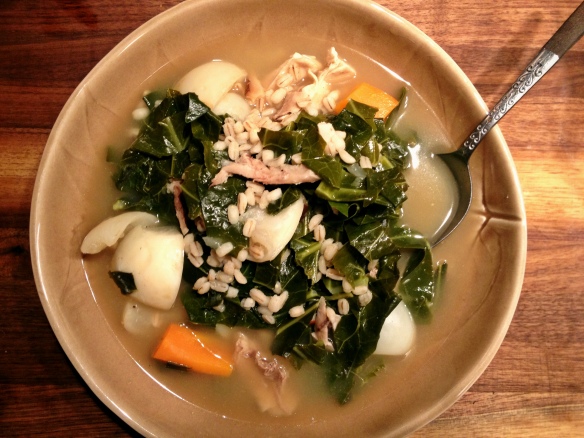