It is beyond cold here in New York City and across most of the nation. As I type this, it’s nine degrees in Brooklyn–and that’s without factoring in the wind chill. I made the morning commute in no less than 18 articles of clothing. 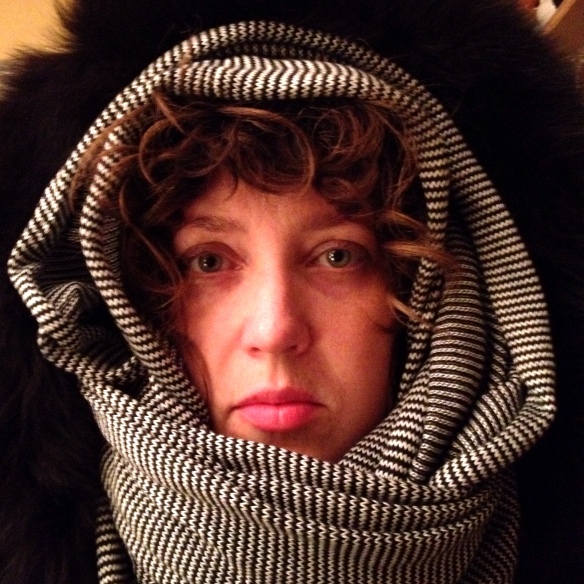 Had I to do it over, I would have added leg warmers and a second scarf.

It was the (please, oh please, let this be true) coldest day of the year and the heat was out in our office due to a leaking valve. Adding insult to injury, the building is in the final stages of a multi-year facelift; concrete bricks and plaster are currently all that separate us from the elements. The staff toughed it out in knit caps, scarves and sweaters until 3:00 when I sent everyone home. I stuck around for another hour in the hopes of guilting the building staff into figuring something out before heading home myself. The temperature was holding steady in the single digits, but the wind had picked up. For some reason my knees–buried under silk long underwear, jeans and a down coat–suffered the most.

The fridge held chicken thighs, potatoes, carrots, red cabbage, and some sorry-looking cilantro. On the counter I had onions and some red wine left by my cat sitter. I also had a baggie labeled Dukkah, which the internet tells me is an Egyptian blend of crushed spices and nuts. This particular mix, which I received as a gift from an old friend, is from My Spice Sage and contains coriander, cumin, fennel, thyme, marjoram, black pepper and sesame seeds. 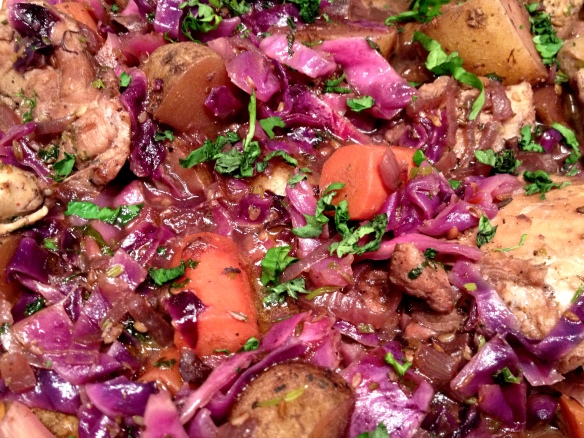 The resulting dish was comforting in the extreme, with a rich broth and warm spices.

The knives were even more satisfying. 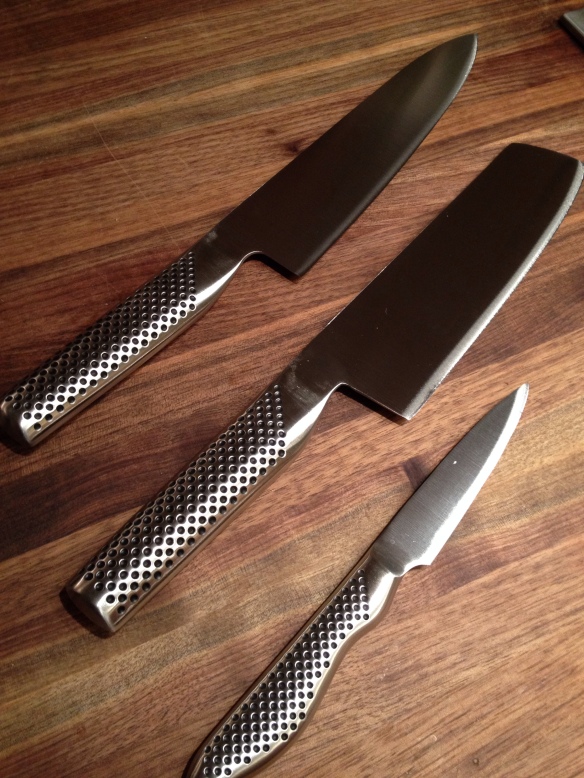 These supremely sexy pieces of cutlery feel light but powerful in the hand and cut through an onion like it’s butter that’s been left on the counter. They may just be the best gift I have ever received.