The squash situation has gotten a little out of hand. This week’s CSA share, the last of the season (sniffle), brought the count up to a dozen–six delicata, one butternut, one acorn, one turban, one pumpkin and three kabocha squash to be specific.

I also had some fresh sage that was threatening to turn to dust after three weeks in the crisper. (It’s been a busy month.) The sage was grown at La Finca del Sur and purchased at the South Bronx Farmers Market, which Lily Kesselman and her neighbors started this year to bring farm fresh fruits and vegetables to their corner of New York City. I spent a delightfully sunny fall afternoon learning what it takes to start a community-led farmers’ market and chatting with Freddy in between sales of his collards, fresh herbs and late season tomatoes. 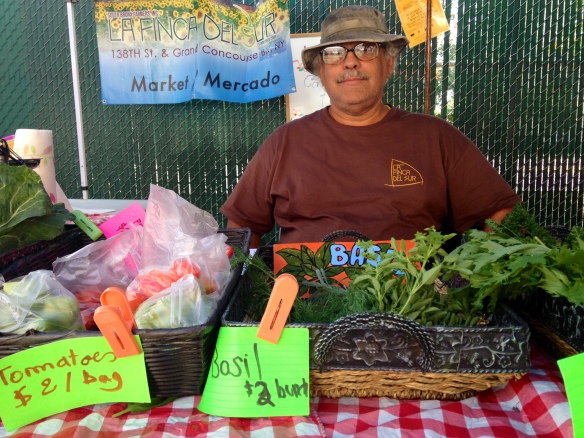 In the interest of time, you’ll want to take care of the dishes while your bread bakes. I recommend starting with the spatula you used to scoop the batter out of the bowl.

By the time you finish cleaning up and write your blog post, the bread should be done. Let it cool for a bit and then gently pop it out of the pan. Not being much of a baker, I have no idea why there is a raised platform in the center of the loaf. I’d be ever so curious if yours comes out the same. 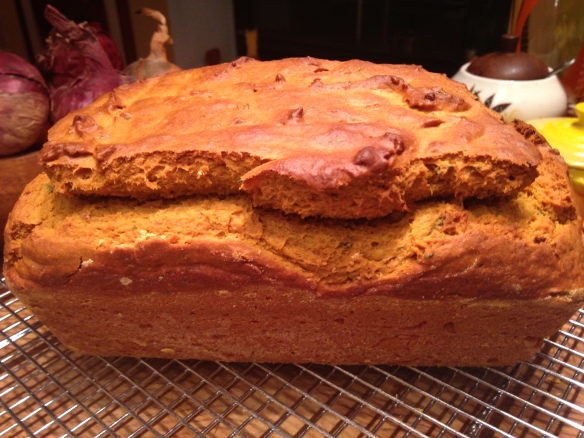 Odd protuberance or not, this bread will be very good–so much so that there will only be a small slice left on the office snack table by the time you get out of your morning meetings. Fortunately, this will be enough to ward off starvation during your next meeting.