We are in the depths of winter. Today the temperature rose above freezing for the first time in over a week. It did so just long enough to melt some of the snow. Given that Brooklyn is dropping down to 13 degrees overnight, I imagine the water will transform into sheets of ice in time for tomorrow morning’s bitter commute.

I just got back from a weekend with some of my oldest and dearest friends in Cold Spring (which lived up to its name). I made my way north along the Hudson River in the middle of a snowstorm that rendered the landscape a haunting study of black and white. 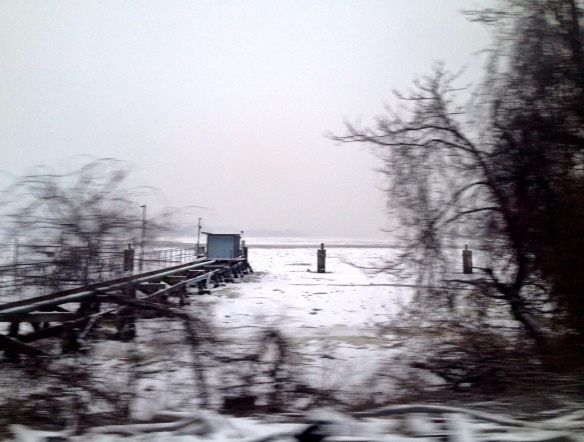 Justin collected me at the train station for the drive up the hill. Within minutes, he had a fire going, Beth had fixed a round of apple cider and bourbon, and I was gleefully trouncing Owen and Benjamin in a game of Scrabble.

The next morning, Justin declared that his goal for the day was to finish off the orphaned beverages lurking in the back of the fridge. Nothing if not dutiful, he’d polished off a bottle of Ruby Red grapefruit juice before he even changed out of his bathrobe. My sole outing for the day was to the grocery store, where Beth and I picked up supplies for dinner and Benjamin sweet talked his way into some gummy fighter jets.

While Benjamin and Owen engaged in afternoon play dates with friends who live up the road, I got to work on dinner. By 5:30, four children were dismantling the living room while five adults gathered around the cocktail shaker in the kitchen.

Beth and I had gamely taken up Justin’s challenge, figuring we’d start with the rhubarb syrup from Ikea. (That’s “Saft Rabarber” for those who like to giggle about such things.) After determining that there was no gin in the house, we set our sites on the remaining Eagle Rare bourbon. A cocktail was born.

This riff on an Old Fashioned goes down easy, keeps one’s spirits up as January slogs to a close, and is a lovely preamble to spinach and roasted eggplant lasagna. 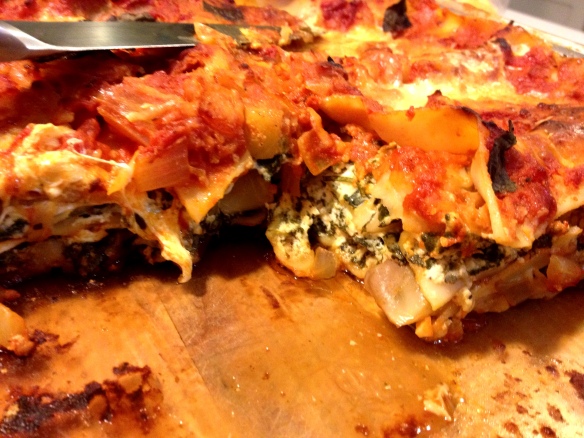