Last night my neighbors and I convened for a potluck dinner. Our hosts, Matt and Ryan, had suggested a Southern-inspired menu. We kicked the evening off with some decidedly kitschy family recipes. Ryan’s Pickle Roll-Ups featured cold cuts, cream cheese and mustard wrapped around pickles. Rich presented us with British Cheddar Colourful Kiddie Snax–a half grapefruit skewered with cheese, pineapple and maraschino cherries. I mixed up a batch of Sazeracs to get us in the festive spirit. 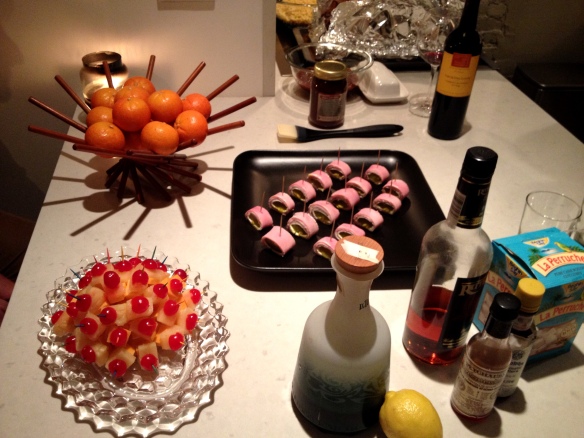 Exactly three months before, we assembled alongside 100 of their nearest and dearest for Chris and Rich’s amazing wedding. In honor of their anniversary, Chris made theKitchn‘s Italian Wedding Soup. While not technically in keeping with the theme, our first course hit all the right comfort spots. 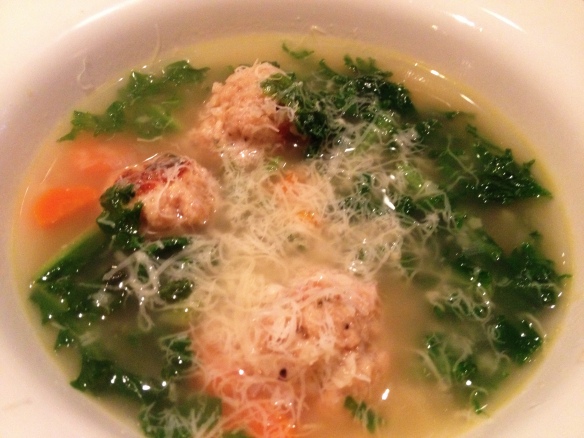 and macaroni and cheese;

and my pork-laden collard greens. 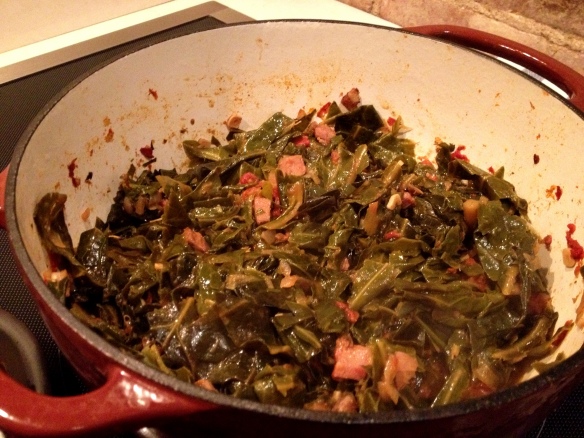 Naturally, the spread had to be captured.

Half an hour later, we were all very full.

But somehow we managed to make room for my apple bourbon crisp with ginger ice cream. 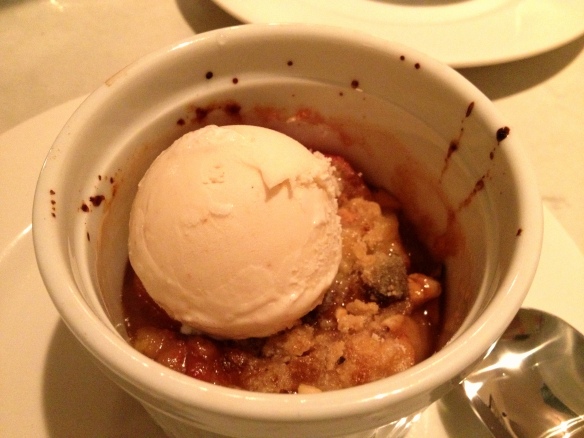 The red wine flowed throughout dinner. Dessert brought a lovely pear schnapps that Matt had picked up in Salzburg.

I awoke feeling slightly worse for the wear. As luck would have it, I’d managed to pack the leftover greens into a container and get them into the fridge, so breakfast was a potato-collard hash topped with a poached egg.

2 thoughts on “Won’t You Be My Neighbor?”