Yesterday was the summer solstice. Here in New York City, we hit 97 degrees though it apparently felt like 102. Con Edison warned of likely power outages. My coworkers and I did our part by working with the lights off, which had a calming effect on an otherwise nutty day. I worked late, but it was still steamy by the time I got off the train in Brooklyn. It was 8:00 and I was hungry, but there was no way I was creating any more heat in my stuffy apartment.

Midway through my meal, there was a gentle rap at the door. I grabbed my trusty wooden bowl and the remaining strawberries and joined my neighbors on the roof. The sun was just finishing its descent and there was a cool breeze in the air. Wine was poured. Plants were watered. Berries were eaten. And thus concluded the longest–and perhaps hottest–day of the year. 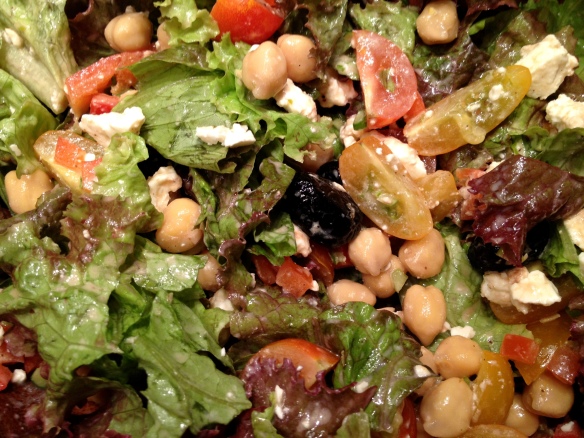