Time is galloping. My thesis is plodding.

I have two days left in which to spit it all out on paper–or, rather, onto the screen. This is an internal deadline, but one that is crucial to my mental health. I have promised myself that, if I can bang out a serviceable rough draft by the time I make my presentation on Tuesday, I can take a couple of days off to reconnect with the world before I buckle down and finish my damn degree.

I started this blog five years (minus six days) ago, when I had been admitted into the master’s degree program in Food Studies at NYU. I was giddy, impatient and somewhat terrified at the prospect of being back in the classroom after 16 years. Would I be the oldest one there? Did I remember how to write an academic paper? How would I find my classroom? Had my study skills miraculously improved over the past couple of decades? Did I need a new set of crayons and a protractor? Would I ever figure out the newfangled computer systems?

It’s strange to look back at those first entries and glimpse an earlier version of myself. A lot has happened in the intervening years. I passed 40 and kept right on aging. I left my job as Executive Director of one nonprofit organization in order to lead another. I left that organization and struck out on my own as a consultant and teacher. I lost the tiny and impossibly sweet cat that had been with me since my early years in New York City and gained a bolder, fluffier model. I wrote a lot of papers. I took an unexpected departure into art and performance. I chalked up more than my fair share of learning experiences on the romantic front. I overcame my fear of public speaking. I learned that I could, in fact, love a second nephew just as much as I love the first. I broke an ankle and an indeterminate number of toes. I raised upwards of five million dollars. I made lifelong friends who may actually be more food obsessed than I am. I read so many books that the wall nearest my dining table is an endlessly rotating literary staging area. I took a few epic trips–to Argentina, to Paris, to India, and to Nahunta, Georgia to see a man about a grill. I finally mastered the poached egg.

Tonight I declared the research phase of my thesis over and got serious about writing. But first, I made dinner. 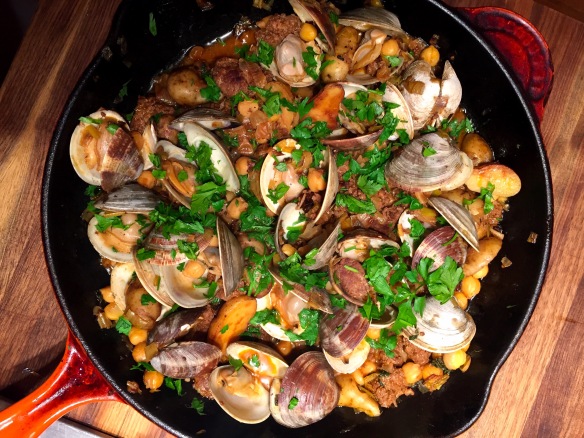 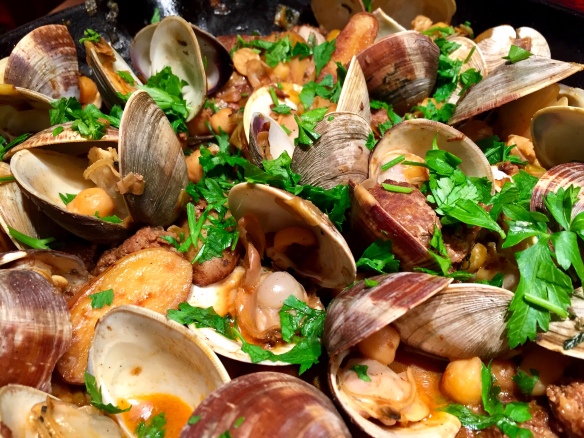