I missed the farmers’ market last Saturday. Instead, the morning found me traipsing around the city with a weekend bag full of sweatpants and vegetables, a backpack full of library books, and a giant platter from Murray’s Cheese. The schlep was well worth it, as it meant having the opportunity to attend a workshop with the luminous Sarah Owens, who just won a James Beard Award for her new book, Sourdough. 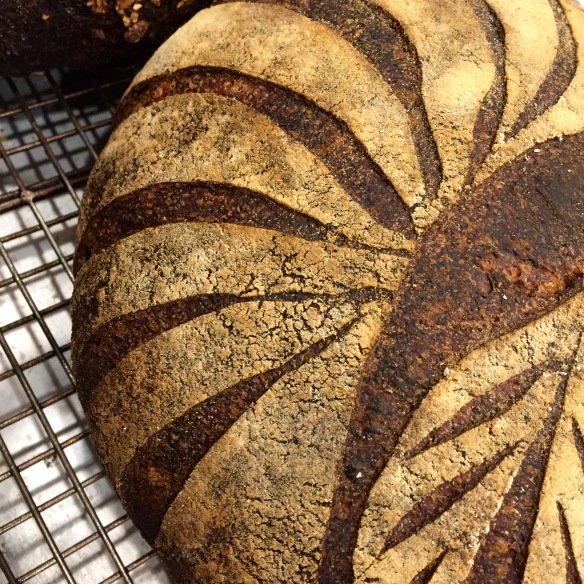 (As should be evident, I did not make this.)

After class, I headed up to Grand Central to hop the train to Cold Spring. Beth was out of town for a few days and had graciously offered up her lovely home as a writer’s retreat. I was bound and determined to finish up my final paper of the semester.

Things got off to a slow start, owing to exhaustion and, possibly, the basil gin and tonic I whipped up with herbs from Beth’s kitchen garden. 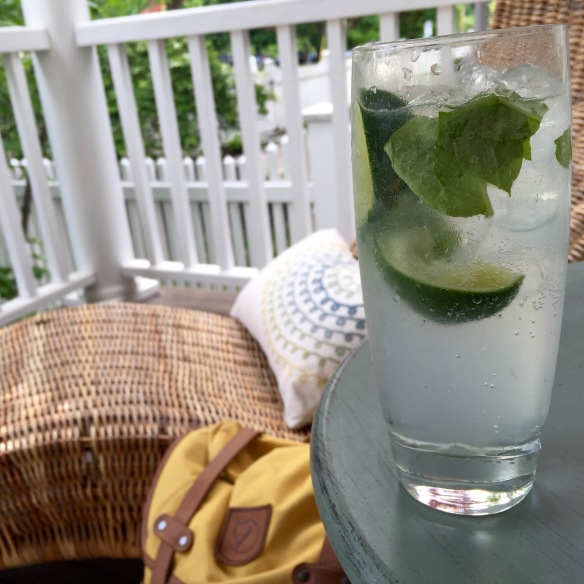 Mercifully, Sunday was cold and drizzly, leaving me with nothing to do but plug away at my paper… 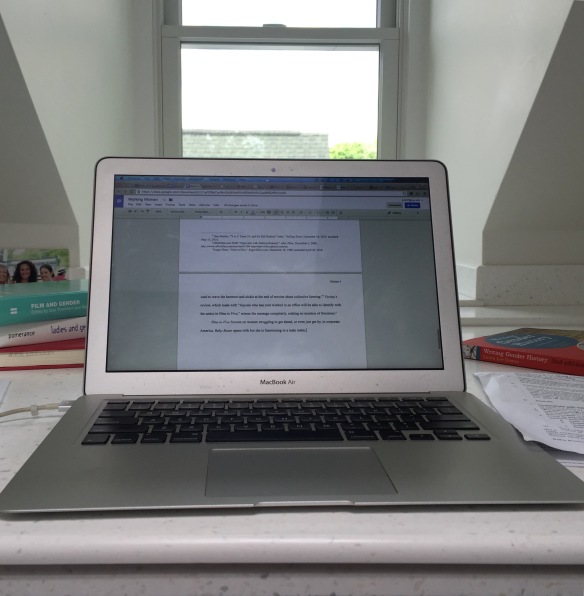 …with occasional breaks to feed myself… 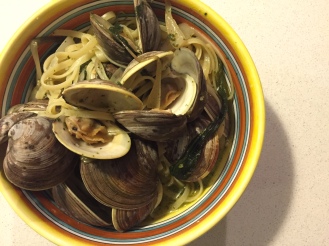 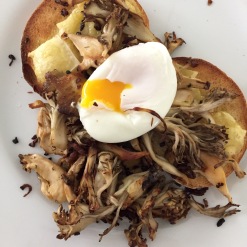 …and Oscar, who apparently likes cheese as much as I do. 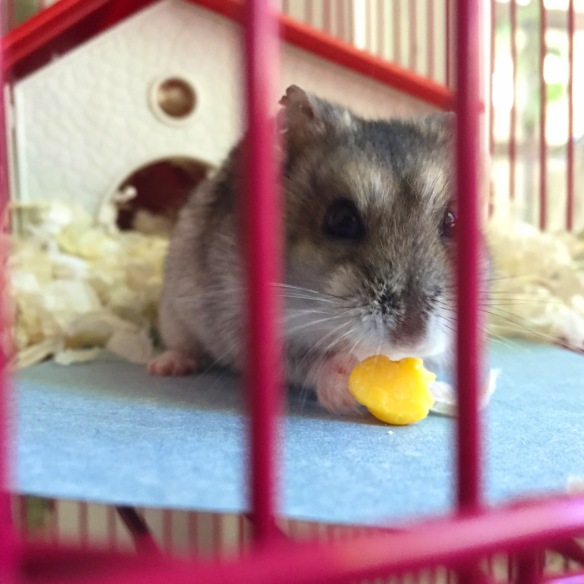 By Monday afternoon I had a serviceable first draft and was headed back to the city. I spent Tuesday fine tuning my paper and was back at work Wednesday morning with a worrisome twinge in my lower back. By Friday the pain was hard to ignore. I knocked off early and headed to the acupuncturist.

Sixteen needles and seven small and rather tortuous cups later, my back was starting to release. Steve slapped a couple of giant stickers that smell like a combination of tea tree oil and Bengay on and sent me on my way with instructions for gentle stretching and heat. 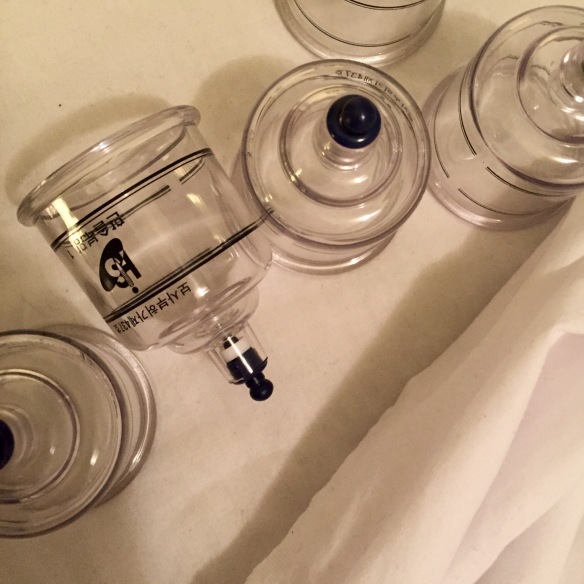 And so last night was an uncharacteristically low-key one. I met Sari for a lovely and light early dinner and spent the remainder of the night getting intimate with my heating pad.

This morning found me back at the farmers’ market loading my bag with more goodies than someone with a bad back should reasonably carry. I returned home to a breakfast of ibuprofen and an egg sandwich.

I have written about the wonder that is the New York City egg and cheese on a roll. More than once, in fact. While there is a beauty in the simplicity of this sandwich, today’s haul called for something a little more upscale. (The fact that I capped last night’s cocktail consumption at two undoubtedly helped in this regard.)

Bring a small cast iron (or nonstick) skillet up to medium-low heat with the butter. Add the anchovies and smash with the back of a spoon until they begin to dissolve into the butter. Add the red pepper flakes. Finely mince the bulbs of the ramps and add these. Sauté, stirring frequently, until soft. Roughly chop the ramp greens and add these plus some black pepper. After a minute or two, you should have a coarse paste. Take off the heat and fold in the lemon zest. Slather onto both sides of a halved and toasted roll. Fry an egg over easy in the lingering ramp butter and layer it onto your sandwich. Top with arugula and the other half of your roll. 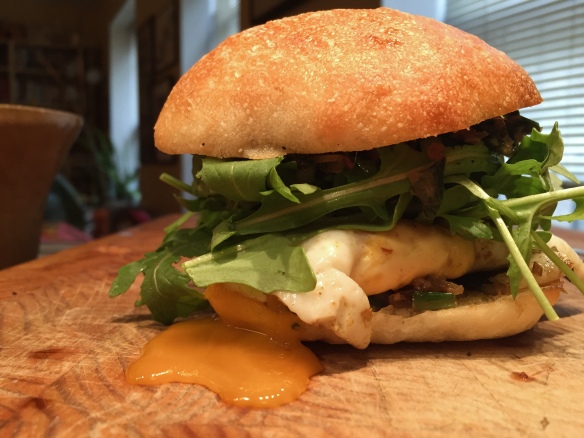 This sandwich is best enjoyed from the comfort of your heating pad.

We are finally, officially sprung.

What should have been a weekend of paper writing turned into several long walks, a couple of impromptu movie dates, and pretty much the prettiest, most delicious cocktail that you ever did have. 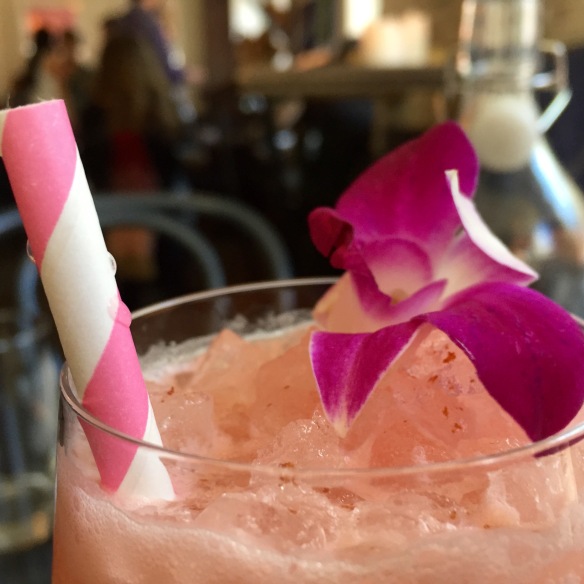 But, then, I would have to get dressed.

Fortunately, Saturday’s farmers’ market foray yielded some flavors almost as delightfully springy as a pink flower in your pink drink…

Set a pot of water to boil with a hefty pinch of salt. Bring a medium-sized skillet up to medium-low heat with the butter and olive oil. Add the asparagus, starting with the stalks. Stir regularly. After a couple of minutes, add the asparagus tips and the whites and stems of the ramps. Cook for another couple of minutes, stirring regularly. When the water boils, add the linguine to the pot. Meanwhile, back in your pan, add the ramp leaves as well as the lovage and continue to stir frequently. Give your veggies a good dose of salt and pepper. When the linguine is just shy of done, scoop it directly into your pan along with 1/4 cup or so of the cooking water. Crank the heat up to high and stir continuously for a minute or so until the water disappears. Take off of the heat, crack the egg directly into the pan and continue to stir continuously for another minute. Add the lemon zest and juice, parmesan and more salt and pepper to taste. 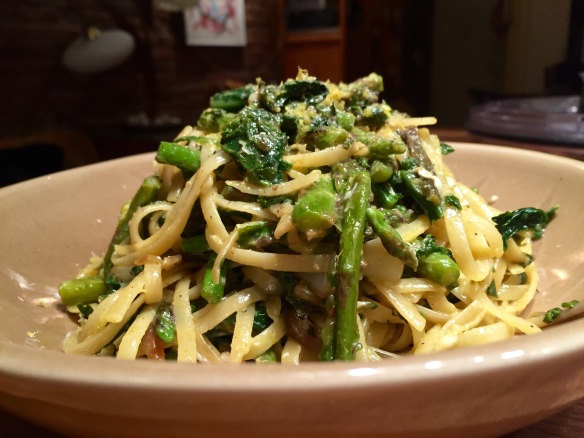 This makes one serving. Scale up as you see fit, but know that this is a dish best served fresh. At under 20 minutes from start to finish, why not just make it again tomorrow night? 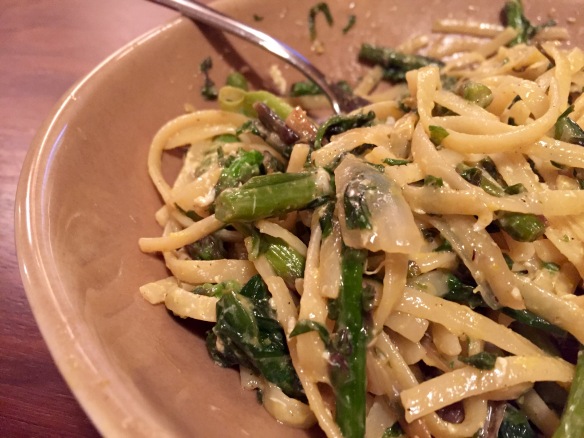