It’s been a while since The Drunken Fig published a cocktail recipe, which is not to say that I haven’t been living up to my moniker. The opening of an awesome beer bar a mere block from my apartment last year may have something to do with it. In any case, I’ve been feeling the bug this week. Last night brought a Watermelon Cucumber Margarita which, while just as pretty as could be, didn’t quite make the cut (though I did manage to guzzle it down).

I’ll have to spend a little more time figuring that one out. I suspect it involves having the energy to dig out the immersion blender.

Tonight I turned my attention to that bottle of mezcal that’s been sitting on the shelf. Rooting through the fridge, I found some organic lemonade that I bought in a dehydration delirium at the tail end of Saturday’s very long and very hot walk to buy a bike. (My new wheels are on back order so, after a few glorious spins around the block on the floor model, I had to make my way back up the hill on foot.)

But I digress. There were limes left over from last night’s cocktail experiment. There was candied ginger from a recent bender at the Patel Brothers in Jackson Heights. There was extra spicy ginger beer because, somewhere along the line, I decided that it’s a pantry staple.

And so, I give you, the Ginger Mezcal Margarita, a drink worth repeating.

Drop some ice into a cocktail shaker. Add the lemonade, mezcal, ginger beer, and juice from half a lime. Give it a few gentle shakes. Run the lime wedge around the edge of a highball glass and dip the glass into some salt. (If you have guests over, you could get fancy and do this on a saucer. I went for sticking it directly into the salt cellar. It’s that kind of week.) Plop a few more ice cubes in. Strain the cocktail into your glass and garnish with the lime and candied ginger.

I recommend pairing this with Let It Bleed, turned up loud. No dinner necessary. 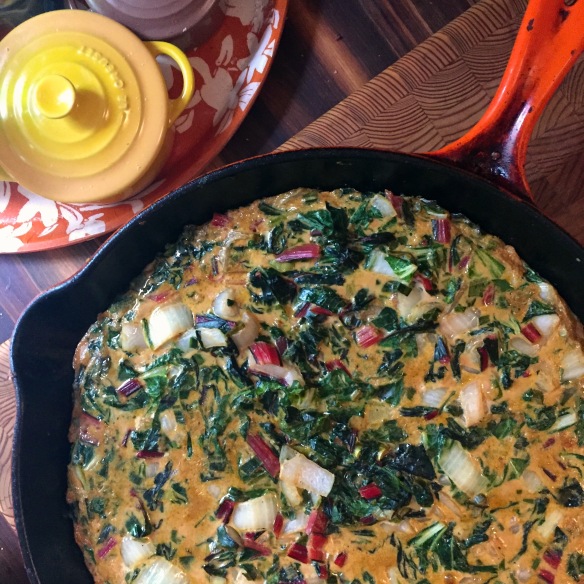